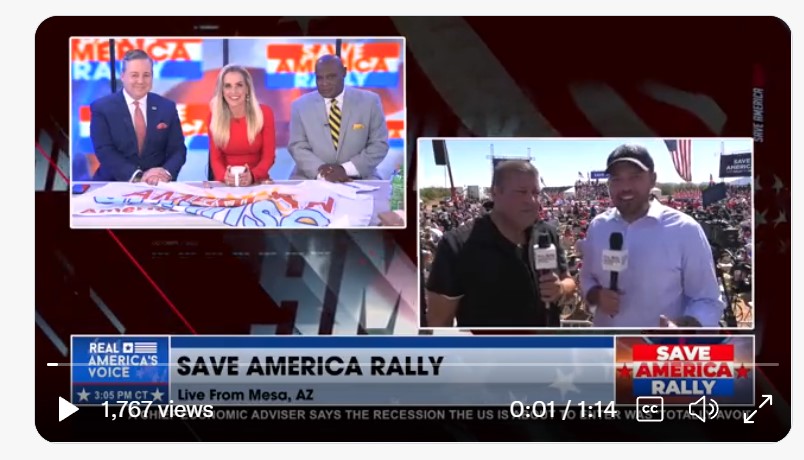 When Ben Bergquam from Real America’s Voice posts his exclusive footage of President Trump rallies, the left goes crazy on social media trying to disspirit him and his audience, but their plots and ploys are not working at all!

MAGA supporters and rally attendees are not ashamed of being disliked by the radical and nasty left and Bergquam loves to be bold for his America First agenda.

Bergquam’s footage is always positive, upbeat, and authentic- something the lapdog media is not- at all.

Watch as Bergquam highlights the recent Trump rally in Arizona with his interviews , and as he shows throngs of eager and happy Trump supporters by the thousands: