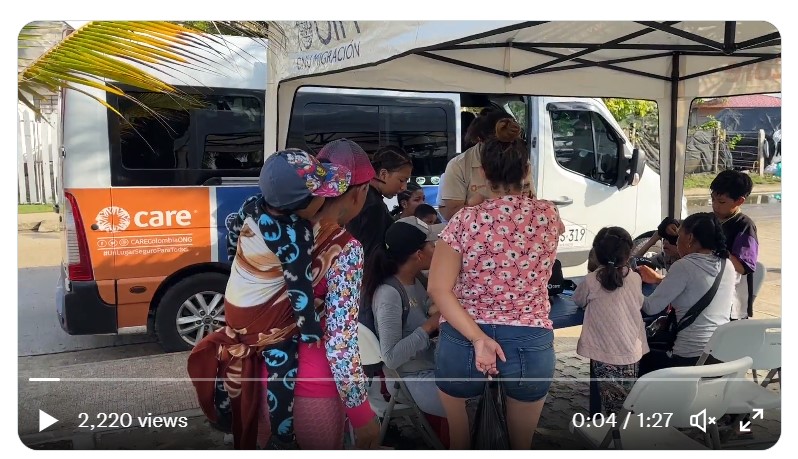 Migration through the Darrien Gap can be deadly, and a number of nongovernment organizations are making money off of the UN-driven mass migration from the third world into the United States.

It is being done with the help of policies of radical Joe Biden, meant to assist the world’s economic migrants who have suffered under Socialism and Communism- all while forcing draconian control measures on American citizens to prevent us from building any wealth of our own so we are dependent on the US Government.

The situation is very frustrating while America absorbs the world’s poor in a Globalist movement for ‘equity,’ and Americans are losing our country to foreigners who believe things about the country and people that is not true.

Recently two independent journalists have logged a journey to show the steps people are taking, putting themselves and their children at great risk to get to the US border.

Sneak preview! From the Darien Gap… The modern-day slave trade brought to you by Joe Biden and the Left! With @OscarElBlue #BidenDidThis

Ben Bergquam and his associate Oscar El Blue, both Real America’s Voice correspondents, are investigating what is driving the mass migration into the United States of America and through the borders that are left open by Democrat Joe Biden and his administration.

The two investigative reporters recorded a group of migrants who are being assisted by a charity- that is affiliated with the UN group on Migration.

With 175 member states, a further 8 states holding observer status and offices in over 100 countries, IOM is dedicated to promoting humane and orderly migration for the benefit of all. It does so by providing services and advice to governments and migrants,” it says on their website.

According to the site’s donate page, the group is nonprofit located in Washington DC:

“Migrants around the world are facing threats to their livelihoods, their wellbeing, and their dignity. Any size donation supports the lifesaving humanitarian work of IOM, the UN Migration Agency. USA for IOM is a registered 501(c)(3), all donations are 100% tax-deductible.

When donating to us, you can make a general donation and we will make sure it goes where is the most needed (filling out the form below), or you can make a donation to one of the urgent appeals.”

For people in Colombia, the emergency is that people are being raped.

According to the OIM site, the number of people going into the Darrien Gap have greatly increased: 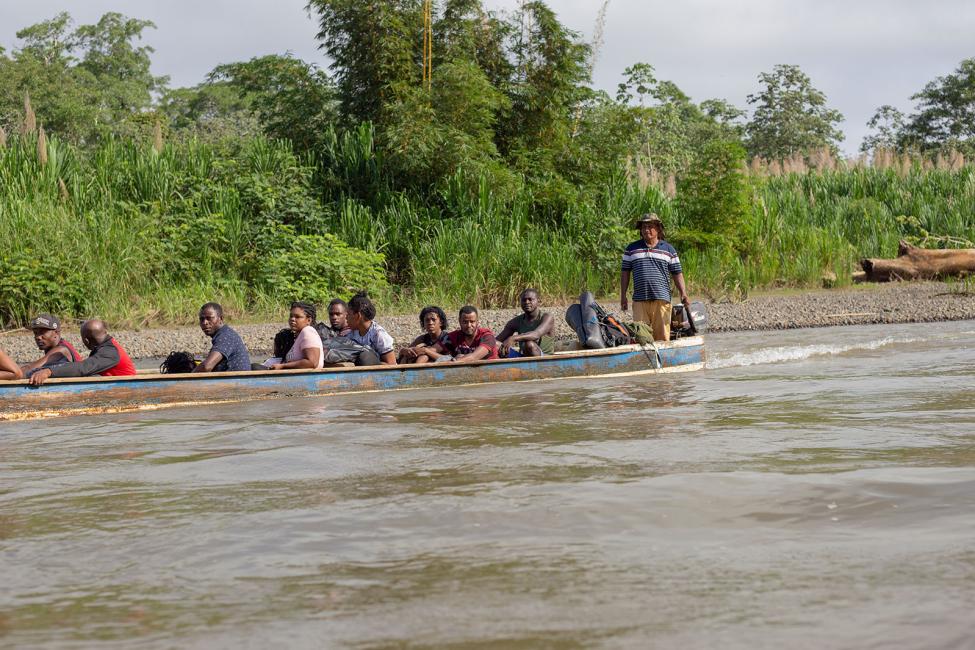 People who embark on this route are exposed to the dangers of the jungle, the weather and the terrain, as well as people smugglers and organized crime. Photo: IOM

Geneva – The number of migrants irregularly crossing into Panama after embarking on the perilous Darien Gap route reached a record in 2022, nearly doubling the figures of the previous year. According to the Panamanian government, nearly 250,000 people crossed into the country compared to some 133,000 in 2021.

“The stories we have heard from those who have crossed the Darien Gap attest to the horrors of this journey,” said Giuseppe Loprete, Chief of Mission at the International Organization for Migration (IOM) in Panama. “Many have lost their lives or gone missing, while others come out of it with significant health issues, both physical and mental, to which we and our partners are responding.”

According to IOM’s Missing Migrants Project data, 36 people died in the Darien Gap in 2022. However, anecdotal reports indicate that many migrants die in the Darien Gap and their remains are neither recovered nor reported, so this figure presents only a small fraction of the true number of lives lost.

IOM and its partners are stepping up the response in Panama, providing temporary shelter at government-run reception centres, mattresses, blankets, solar lamps, medicines, food items, and hygiene kits. IOM also continues to coordinate closely with government institutions throughout the region, strengthening migration and border management capacities, and to promote access to regularization programmes.

The mixed migration flows transiting through the region are complex and dynamic, Loprete said. Last year’s record numbers coincided with the deterioration of economic and social conditions in origin countries and throughout Latin America. The response to this situation will continue to require a coordinated regional response and international cooperation to address urgent humanitarian and protection needs and related policy challenges.

In this context, IOM advocates for the establishment of safe, orderly, and regular migration routes, channels and mechanisms to protect the rights of migrants in transit and prevent situations of vulnerability associated with irregular migration and smuggling of migrants, among other risks. IOM also calls for the investigation and prosecution of people smugglers and increased support and investments in host communities to strengthen services that benefit both migrants and refugees as well as the local population.

HERE IS THE TRUTH

But instead of educating people to the dangers of going into the area where they may get raped, the NGO is handing out rape kits as exposed by Berguam and El Blue:

IOM handing out condoms and birth control to women & children before they go across the Darien Gap. They know they’re going to be raped but instead of trying to stop it they promote it! @OscarElBlue