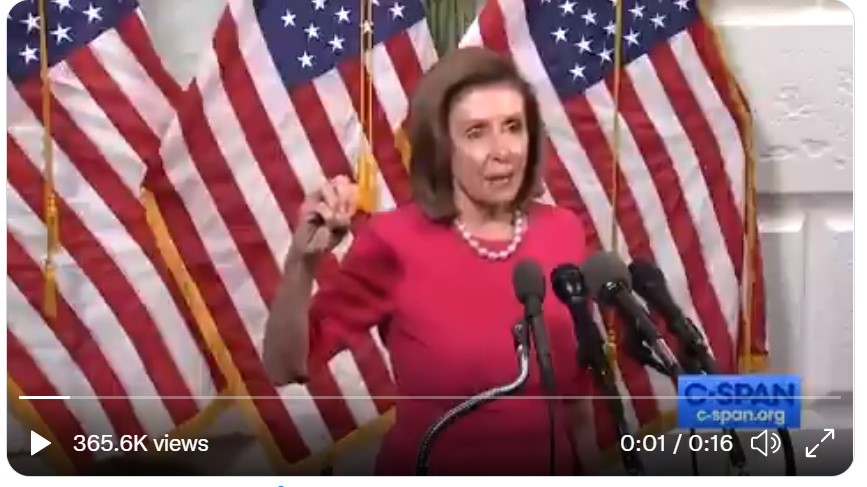 No one really believes that Democrat Joe Biden is in charge of much around the White House. Most people believe that Biden is a puppet of someone else, due to his slipping mental skills. It feels very much like America is living out the third term of former President Barrack Obama.

Now there is a strong indicator that we actually are living out Obama’s ‘third term’. On Tuesday, trading on Twitter what the hashtag #ObamasAgenda, because goofy Nancy Pelosi had a slip of the tongue and admitted that her focus was on Obama.

Talking about keeping the government open, Pelosi slurred and stuttered through her press conference and admitted that they all have to work very hard at keeping up with “Obama’s agenda”.

So now you heard it from the horse’s mouth.