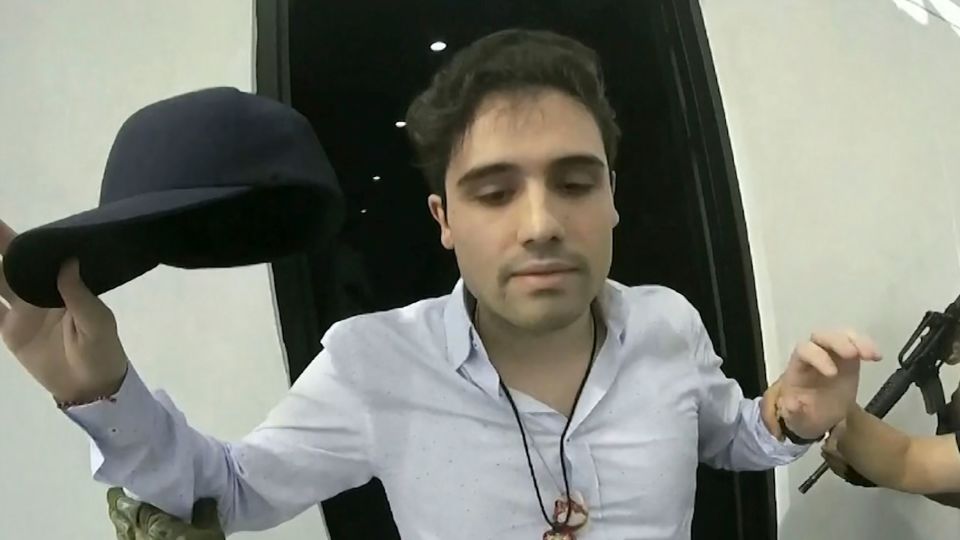 A Mexico City federal judge halted the extradition of Joaquin “El Chapo” Guzmán’s son, alleged drug cartel leader Ovidio Guzmán, to the United States on Friday, a day after he was arrested in an intense operation in northern Mexico that led to the deaths of 29 people.

Ovidio Guzman became a kingpin in the Sinaloa Cartel after his father’s arrest and extradition to the US. The region is now experiencing a civil uprising of deadly cartels who demand Guzman be released.

The move by the judge to keep the kingpin in Mexico happened just days after President Donald J. Trump released a statement about taking a hardline against drug cartels and using military force if needed:

According to CNN reports, the US is seeking Guzmán’s extradition for drug trafficking and had offered up to $5 million for information leading to the capture of the man they say is “a senior member of the Sinaloa Cartel.”

On Thursday, Mexico’s Foreign Minister Marcelo Ebrard confirmed that there is an arrest warrant in the US dated September 19, 2019, but said the possible extradition of Guzmán would not be immediate due to the formalities of the law. He also stated that Guzmán has ongoing legal proceedings in Mexico.

The news of El Chapo’s son’s arrest sparked retaliatory violence throughout Sinaloa. There were some 12 clashes with state security forces, 25 incidents of looting, and 250 vehicles set alight and used to block roads.

According to the Televisa network and other Mexican media, another federal judge later ordered Guzmán to stay in 60 days of preventive detention for the purpose of extradition after a hearing at the Altiplan maximum security federal prison where he is being held.

Guzmán’s father, “El Chapo,” had escaped from Altiplano prison on July 11, 2015 through a mile-long tunnel that featured a motorcycle on tracks. He was later captured and convicted in the US four years later of 10 counts, including engaging in a continuing criminal enterprise, drug trafficking and firearms charges. He was sentenced to life in prison plus 30 years and ordered to pay $12.6 billion in forfeiture.

Ovidio Guzmán was previously arrested by federal authorities in October 2019, but was released on the orders of President Andrés Manuel López Obrador to avoid further bloodshed.

Capturing Guzmán could be a way for López Obrador to show the US that he is “in control of the armed forces and Mexico’s security situation,” Gladys McCormick, an associate professor at Syracuse University who focuses on Mexico-US relations, told CNN in an email.

“It also defuses the power behind any ask from the Biden administration to stem the tide of fentanyl and other narcotics across the border,” she added.

“About interpretations, there are a lot of them, we do not share them, we acted with autonomy,” the Mexican President said.

After Guzmán’s arrest in Culiacán on Thursday, chaos erupted in the city. The authorities asked citizens to seek refuge due to clashes in several areas.

His arrest was the result of a lengthy operation that involved 200 special forces, Defense Minister Luis Cresencio Sandoval said Friday. Local officials urged citizens to shelter at home amid clashes with cartel members in various parts of the city.

Guzmán was previously arrested in October 2019 but was freed on the orders of President Andrés Manuel López Obrador to avoid further bloodshed.

At least 19 suspected gang members and 10 military personnel died during violent clashes in the northern Mexican state of Sinaloa, after authorities arrested Guzmán, along with 21 others. No civilian deaths or injuries were reported.

Security at Altiplano prison has been increased since Guzmán was detained, the minister added.

The President said later on Friday that the city was calmer and officials were working to clear the roads.

“In Culiacán, we opened all the blocked roads and we are working on removing the vehicles that are alongside the streets,”López Obrador said.

The state of Sinaloa, where Culiacán is located, is home to one of the world’s most powerful narcotics trafficking organizations, the Sinaloa Cartel, of which “El Chapo” was the leader.

A soldier keeps watch near the wreckage of a truck set on fire by drug gang members in Sinaloa, following Guzmán’s detention by Mexican authorities. Reuters

The US State Department wrote that law enforcement investigations indicated that Guzmán and his brother, Joaquín Guzmán-López, “inherited a great deal of the narcotics proceeds” following the death of another brother, Edgar Guzmán-López.

They “began investing large amounts of the cash into the purchasing of marijuana in Mexico and cocaine in Colombia. They also began purchasing large amounts of ephedrine from Argentina and arranged for the smuggling of the product into Mexico as they began to experiment with methamphetamine production,” the State Department said.

The brothers are also alleged to oversee an estimated 11 “methamphetamine labs in the state of Sinaloa,” the State Department says.

The response was for the cartels to threaten the government:

The Sinaloa cartel gave the Mexican government an ultimatum. If Ovidio, El Chapo's son, is not released within 72 hours, gas stations and government buildings will be burned. The cartel fears Ovidio's extradition to the US. pic.twitter.com/lea8Ngnzpd

🚨#BREAKING Sinaloa cartel has threatened civil war giving officials 72 hours to hand over Guzmán until chaos ensues. The aftermath of the battle in Mexico where multiple businesses and vehicles burnt in Culiacán. Over 29 dead, 35 wounded and 8 civilians injured overnight… pic.twitter.com/trj8St7uvy