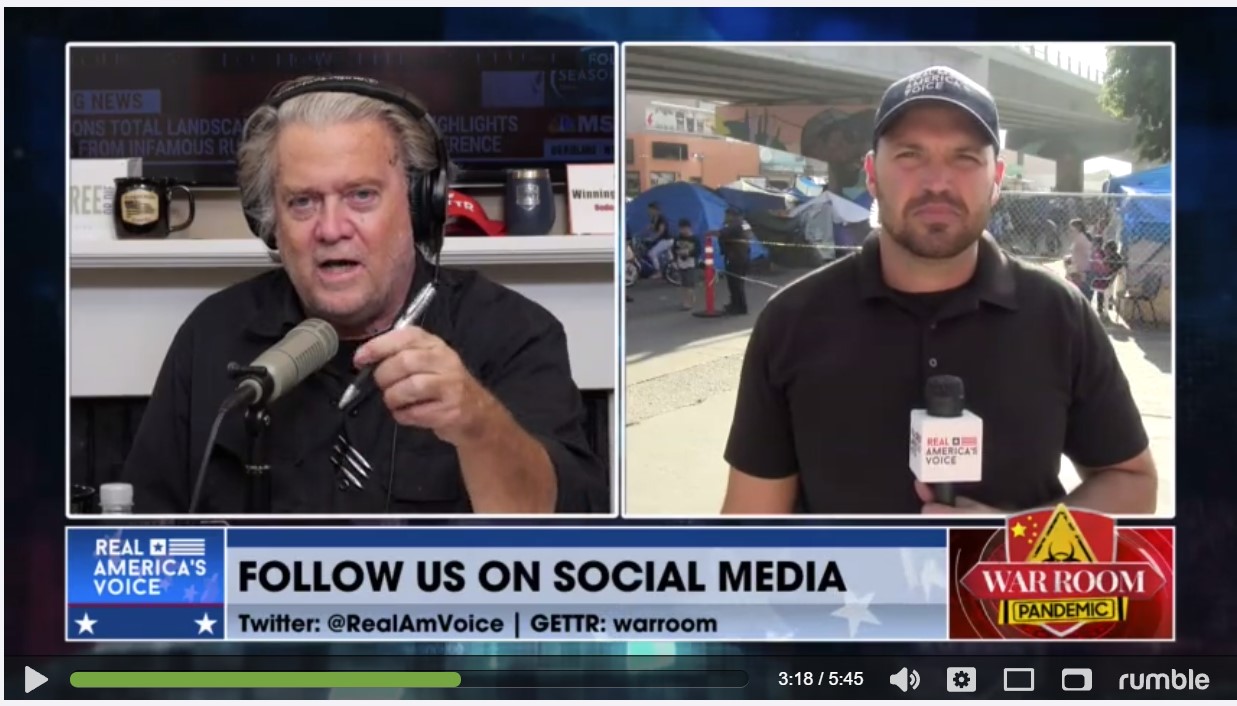 Ben Bergquam appeared on the WarRoom Pandemic with Steve Bannon to discuss his eyewitness reporting from the Southern Border. For months Bergquam has investigated and uncovered criminal activity and the despair of citizens from both Mexico and the United States, as a mass migration from all around the world stampedes small communities in both countries, on their way to take advantage of an open US Border.

Democrat Joe Biden, aided by nonprofits like the left-leaning Catholic Charities, has made it enticing to enter the US illegally.

Courageous reporters like Bergquam have reported, against the directives of the Biden administration, to bring Americans the warnings and the evidence of what is unfolding that will definitely impact every level of national security.

US House members, who could do something to assist Americans, are silent and even cooperative with Biden and his Democrat administration.

Even Republicans and Conservatives have stood quiet and watched as America ‘falls to her knees’ in brokenness, after a bombardment of illegals coming to the country and being released into the general population – with no vetting, hardly any process, and consequences at all.

The country is in grave danger.