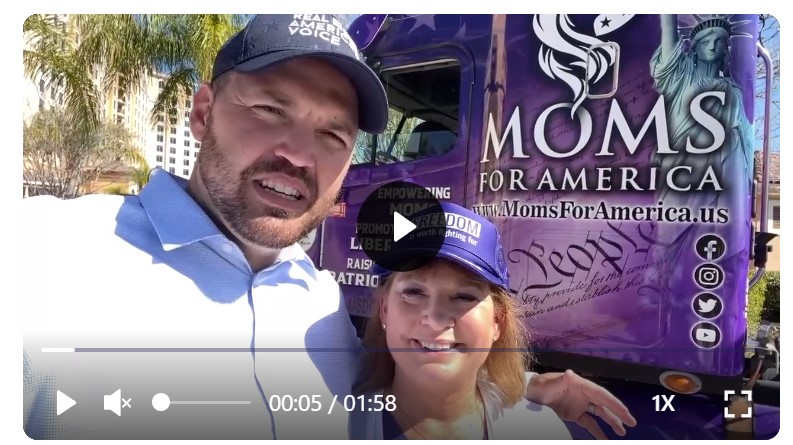 Founder of Frontline and Real Americas Voice reporter, Ben Bergquam, jumped into a truck to head off on an excellent journey for freedom! Watch him as he describes this wild ride:

“We got competing air horns for freedom! ” Bergquam said, talking to Mary, the Moms For America truck driver, as he was passing the Real Americas Voice Truck nearby.

Bergquam highlighted the addition of the group’s donated rig, to the People’s Convoy, headed toward Washington DC. The trucking adventure is meant to bring awareness not only to the value of Truckers- and for freedom in general, but to a message from the Moms who are behind the activism.

When Mary’s husband died, she put herself through trucking school to take care of her children, and Bergquam got the story.

“You don’t know how strong you have to be until you have to be,” she said to Ben. “i am doing to this so people can see that we as Moms can make big changes when we work at it,” she said.

“This is the beginning of the story. We have partiots across America and we will get more of their stories,” Bergquam said, promising to catch up with the convey before it is over.

So the story goes that a bunch of Moms went to CPAC in Florida last week to talk about their love for America and their plans to take it back from the left- one voter at a time. They are so passionate about it that they are hitting the road in a huge purple truck and taking the opportunity of the People’s Convey to prove how serious they are about their activism.

Behind the Momma bears- are Poppa bears. Men are instrumental in the movement to defend traditional American family values like the Moms want to preserve for their children.

“Without Vic, this would not be possible, who donated the rig, pained the bed and supplied the driver for the Trucking for Freedom operation. Vic is the founder of the Hallow in Florida,” Fletcher said. 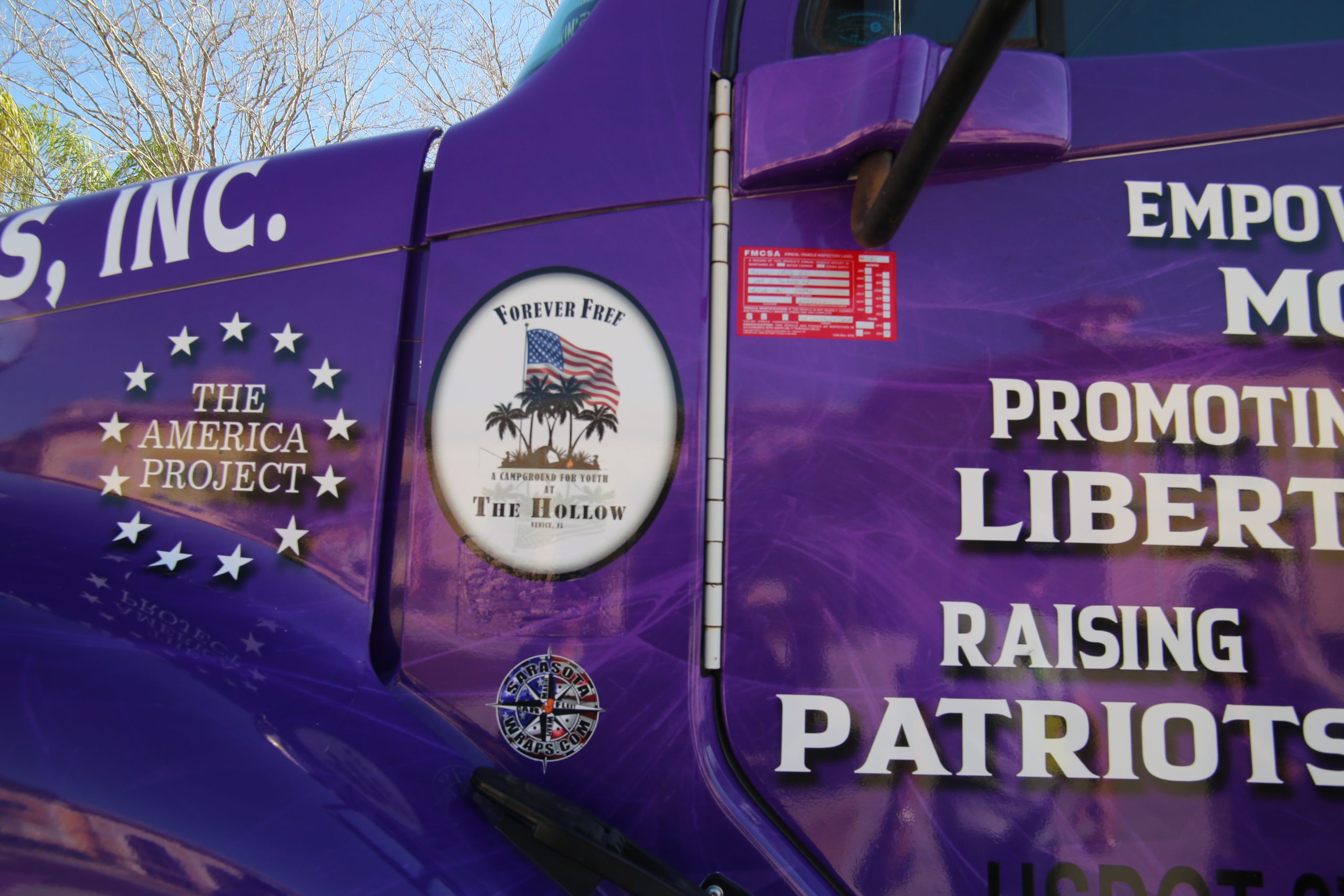 The founder of the group, Kimberly Fletcher is honest about what she is trying to achieve, she wants Moms of America to vote their values in all upcoming elections.

What they are concerned about is every elected office from school board to President.

“Our tuck is purple because it combines Red, White and Blue. We are freedom defenders from the kitchen tables to the Highways, ” Fletcher said. 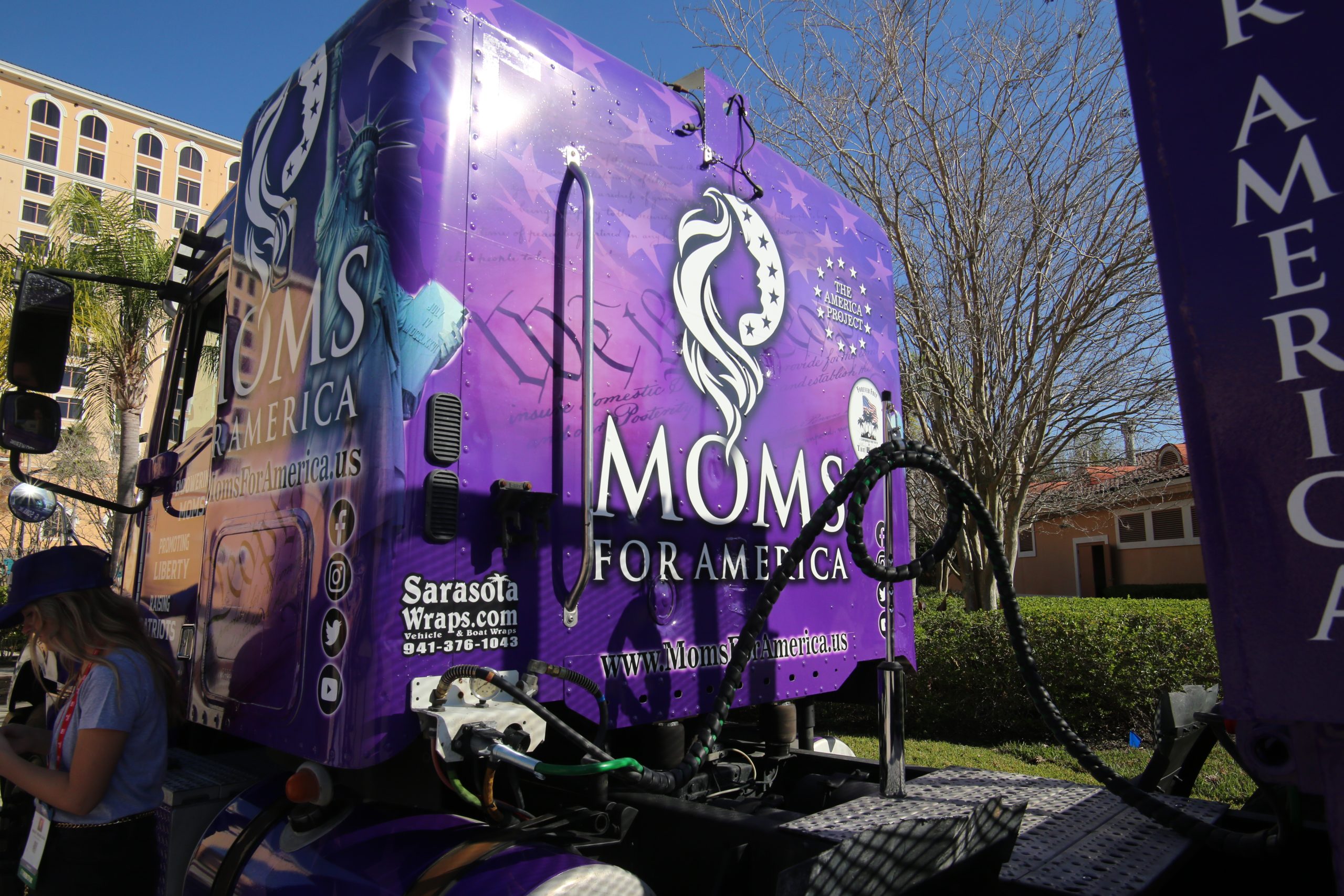 Watch her talk about their primary purpose- to get Moms to vote- here: 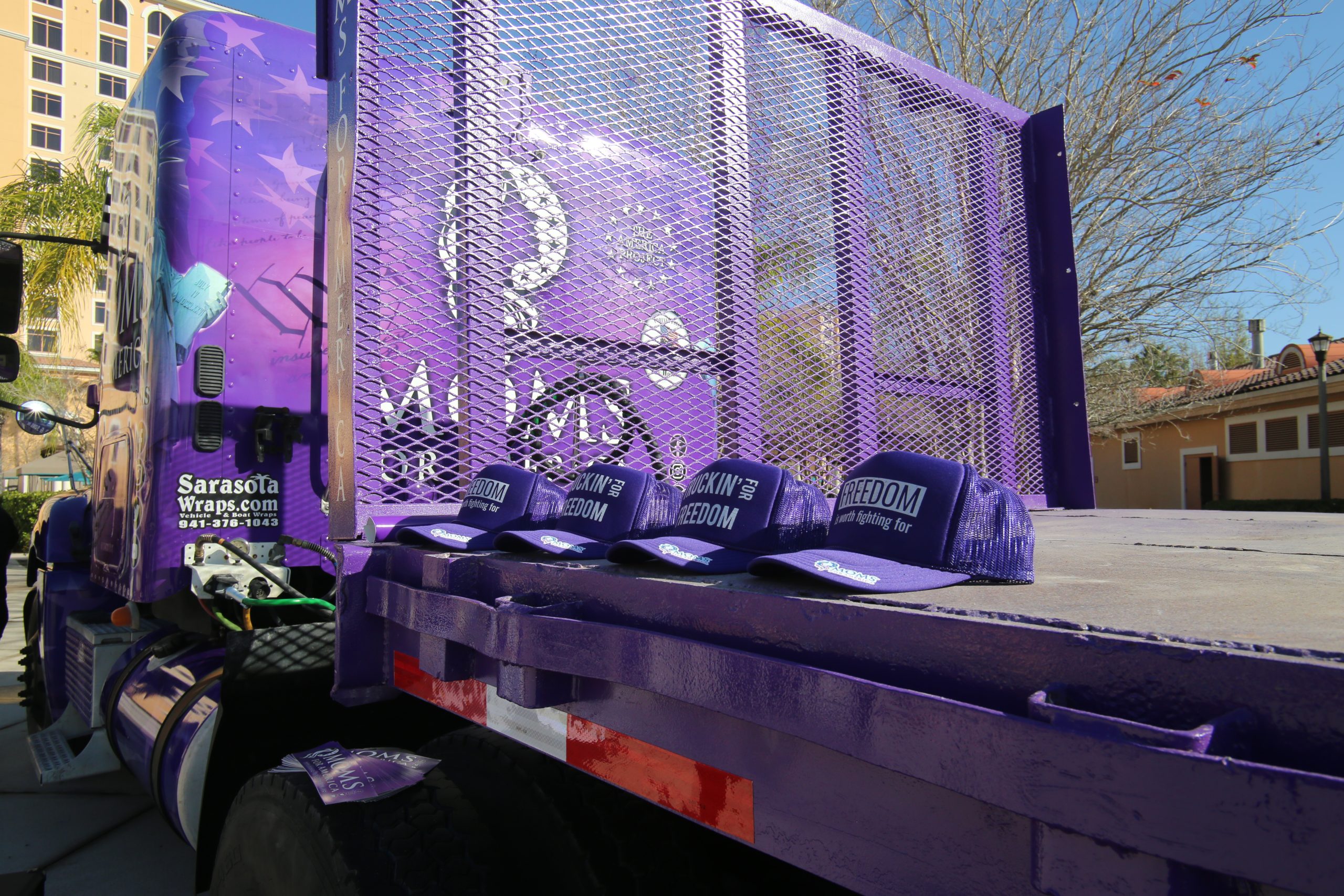 A press release from the group has all the great details:

The Moms for America Freedom Truck, driven by a truck driver, Mary, who is also a mom, will drive
across the country as a show of support and unity with truckers and Americans from every walk of life
to defend freedom. Fletcher will follow the Convoy as it makes its way from city to city, stopping to
rally moms together in support of this historic movement.

“This is for our families our children, our freedom. This isn’t about masks, it isn’t about vaccines, it isn’t
about what happens in our classrooms. It’s about freedom,” said Fletcher at a recent press conference.
The message of Moms for America is simple. It’s time for moms everywhere to have a voice for
parental rights, medical liberty, economic freedom, and their children’s education. It’s time to stand
with hardworking citizens, for doctors and nurses that have been silenced, for students to breathe
freely, for churches to stay open and for the Constitution—the foundation of this country.

Fletcher added, “We’re traveling the highways for freedom for future generations!”
The Moms for America Freedom Truck plans to travel with the convoy, while making stops along the
way at Rally Points where they will speak to moms across the country, encouraging them to join in the
fight for freedom. They will then make their way to Washington D.C. where the route will end with a
press conference and freedom rally on March 8.