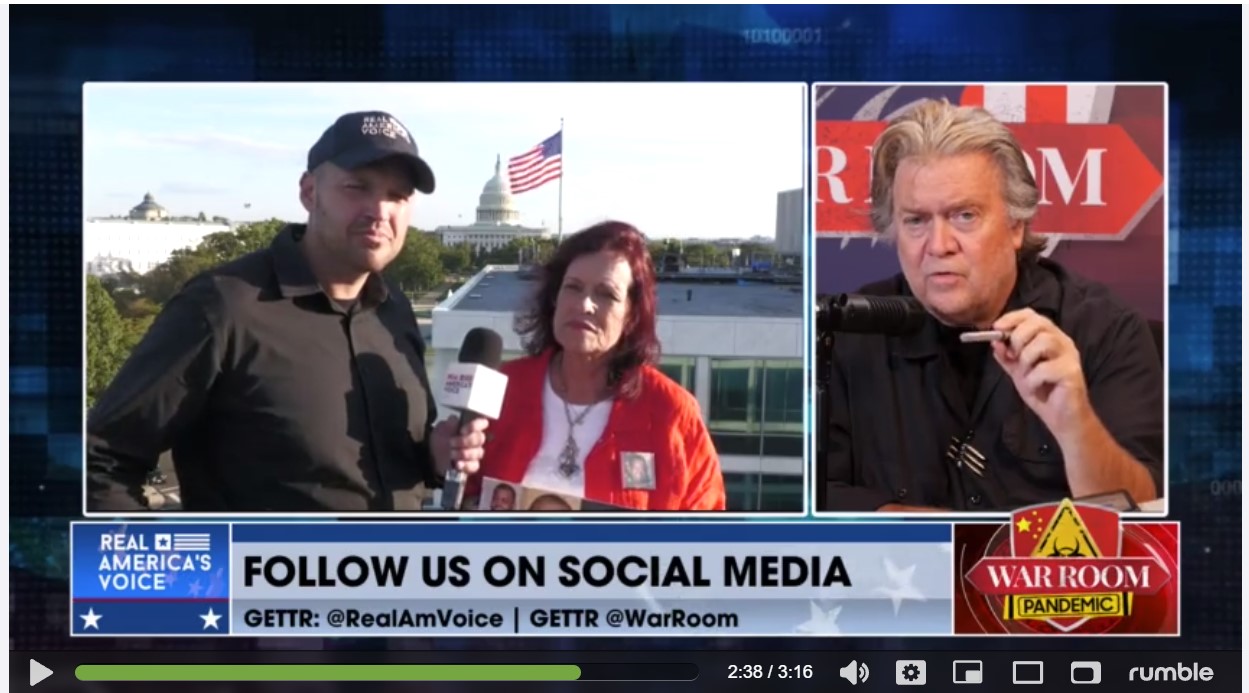 “Illegal alien crime is 100% preventable, they not supposed to be here,” Angel Mom Sabine Durden told Ben Bergquam this week, a message she has been spreading for an entire decade since the death of her only child at the hands of an illegal alien who had been known to authorities as a problem and was left in the country, even after other crime.

“I have my dead son’s ashes around my neck. That is all I have left of him after he was killed by an illegal alien, and I am tired of hearing stories of the loss of other people’s children because of illegal aliens,” Durden said recently at an event to promote border security.

So why can’t Americans expect better treatment? Host of Real America’s show Law and Border meet with experts on the Southern Border, who gathered in Washington DC this week.

Bergquam caught up with Durden and together they appeared on the War Room with host Steve Bannon. Here is what they they talked about:

You’re an angel mom. Talk to us about what you’ve experienced and what you don’t want any other mom to experience out there. Why Is this message so important?”

DURDEN: I am a legal immigrant and took me six years to become a citizen. Only to lose my only son- 30 year old Dominic Durden in California ten years ago, July 12th. He was run down on his motorcycle as he was going to work. As a dispatcher for the Riverside Church Department. The illegal alien who killed my child, had two felony convictions two deportations, two, DUIs that he received probation for all of that.

So he got all the breaks of life, and then he killed my only child and annihilated my family. I’m here by myself. Thank God. I have my now husband with me, who supports me, but that man snuffed out a beautiful life. My son was going to become a helicopter pilot for the sheriff’s department, and if that wasn’t enough, I would get called racist for talking about this. People try to shut me down. I get death threats over 10 years talking about this.

It took me six years to become a citizen. It’s worth it. Why do we have other people skipping the line and getting rewarded right now, with this administration, we are financing our own Invasion. Your children and grandchildren will not have a future if we don’t speak out loud and stop letting them shut us down by calling us racist.