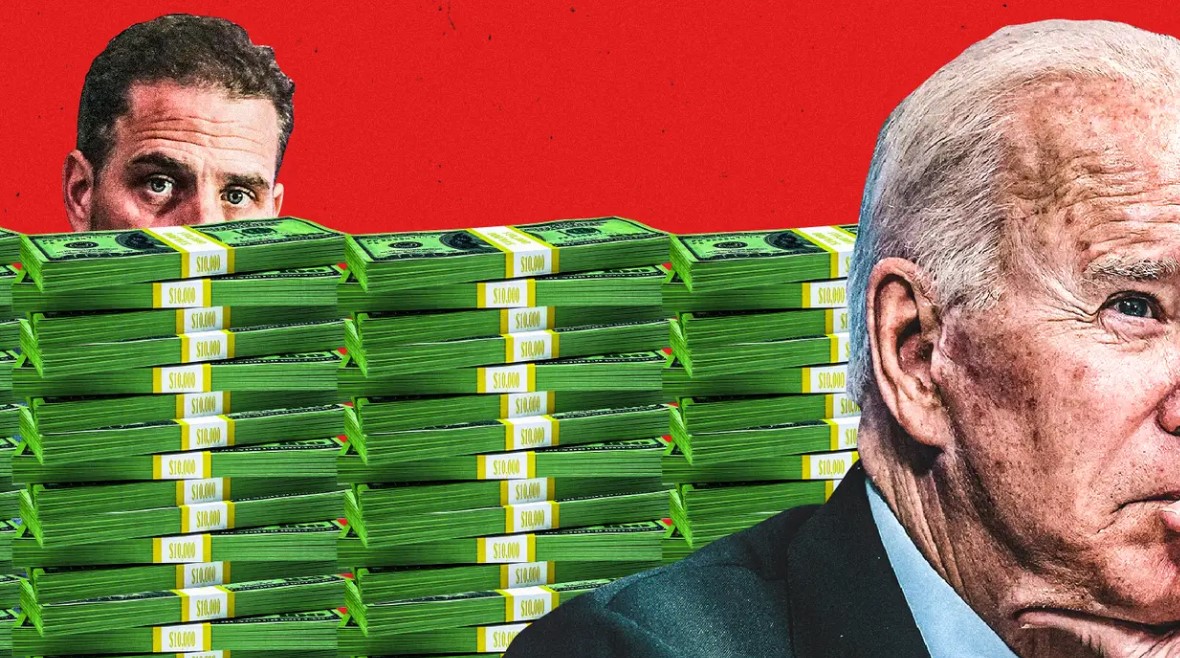 The evidence of Hunter Biden’s involvement in spreading Communist ideology, and having notable ties to high-powered business ties with Communists in America, is now cemented with the latest in a series of articles for the Daily Mail. This “new” information, which the War Room Pandemic published before the 2020 election, should finally bring some scrutiny upon Hunter’s Dad- Democrat Joe Biden, the *ahem* President of the United States- right?

“What is the soul of a man with no consequence in sight?” Hunter Biden said, as was discovered by Jack Maxey on Biden’s laptop from Hell. That is question has just been answered by the author of a new book, which is the subject of an article published on Sunday.  Maxy, a Naval veteran, has been out in front on the laptop evidence since before the 2020 election, reporting courageously when few people would listen.

A Facebook Post From Jack Maxey, about Sunday’s Daily Mail article, reads: “Beijing energy firm chairman gifted Hunter Biden an $80,000 diamond after he agreed to help expand the business by making ‘introductions’ for $10MILLION a year” I did report on this more than a week before the election. But better late than never!! The whole house is coming down – count on it. Bravo Miranda Devine. Now the Judiciary Committee and WaPo need to buck up and do their jobs. I gave it to Washington Post on June 14th and Judiciary on July 8th. I’m kind of an anti-communist “super spreader” and proud of it!

Maxey, former co-host of the War Room Pandemic podcast has been teasing for weeks that explosive information was going to come out in the media- and here it is from the Daily Mail about Miranda Devine’s new book, Laptop From Hell:

Beijing energy firm chairman gifted Hunter Biden an $80,000 diamond after he agreed to help expand the business by making ‘introductions’ for $10MILLION a year

The Daily Mail reported that “Hunter Biden reportedly helped expand CEFC China Energy’s influence in the United States after its chairman, Ye Jianming, right, offered him $10 million a year and a diamond worth at least $80,000.”

Although Maxey and the War Room were censored before the election, to help suppress this story and keep American voters unaware of the dangers of election a Communist Party endorsed candidate- the information was out there about the dangerous ties between the Biden family and the Chinese Communist Party.

Flashback to the arrest of Patrick Ho, before the election.

We knew about the ties to Ho then, and if the media had been allowed to do our job, we would have found the connection.

WHERE IS THE SENATE JUDICIARY COMMITTEE?

So what is keeping the U.S. Government from investigating what is on the laptop and the possible connections between Joe Biden and the Communist Party?  As Maxey pointed out-and as has been covered here- the U.S. Senate Judiciary Committee has a copy of the same laptop.

As reported by the innercity press, the connections between the players and their deeds are easy to find:

Four months after the arrest for U.N. bribery of former Senegalese foreign minister Cheik Gadio and Patrick Ho, the head of China Energy Fund Committee full funded by CEFC China Energy, his ultimate boss at CEFC Ye Jianming was brought in for questioning in China. Among the hooks for the prosecution was payments of alleged bribes not only through HSBC but also Mashreqbank based in Dubai. And on October 10, 2018 Mashreqbank was hit with and settled money laundering by the New York State Financial Services Department.

More than three years later on November 9, 2021 the U.S. Federal Reserve announced, “Federal Reserve Board on Tuesday announced it has issued a consent cease and desist order against Mashreqbank psc, of the United Arab Emirates, for having insufficient policies and procedures to ensure that the activities conducted at its offices outside the United States complied with U.S. sanctions laws.” Talk about a revolving door. Like immunity at the U.N., which impunity has no end, for now.”

Maxey says to keep on the lookout for more information to come out while the MSM and the U.S. Government pretend not to see that we are involved in an obvious Communist Revolution.