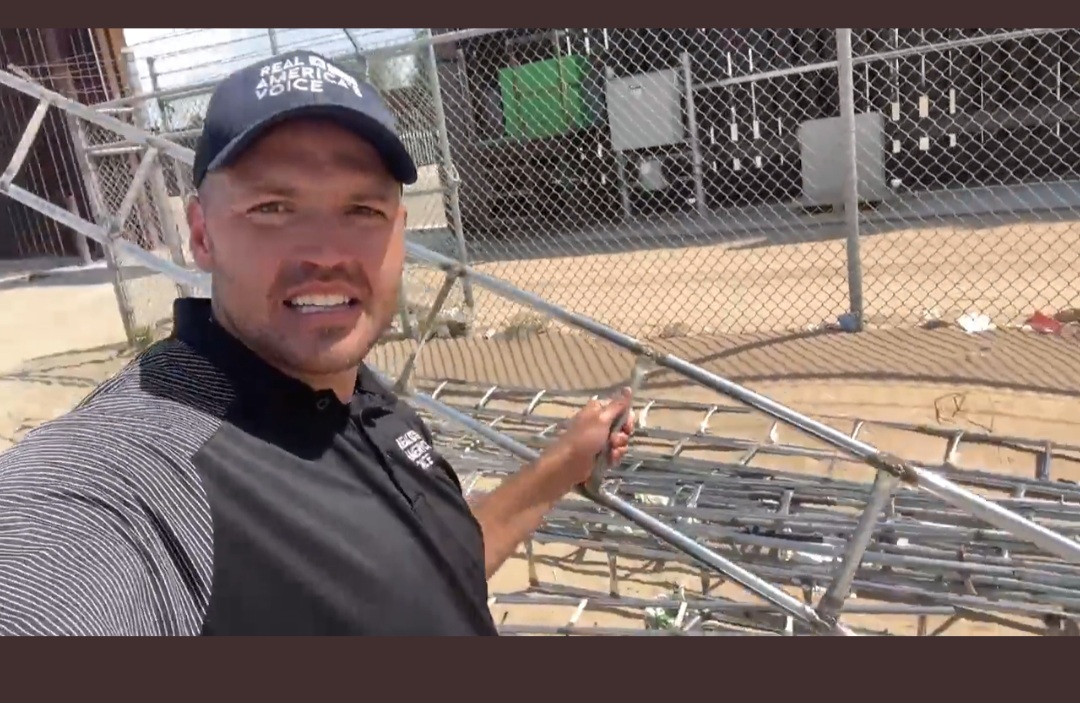 There are few patriotic reporters who are brave enough to show you what Ben Bergquam has been exposing on the Southern Border of the United States.

Ben Berqguam, a correspondent for Real America’s Voice, has been analyzing law enforcement along the US Border and how Democrat Joe Biden has aided an invasion of the United States of America.

Bergquam, the host of Law and Border on Real America’s Voice, is one of the rare correspondents who goes to the scene live and exposes the left’s use of Non-Government Organizations (NGOs) who are making massive wealth off of selling this country out to the invasion.

Recently Bergquam exposed the tactics of what he labeled ‘ladder crews’ where groups of invaders use ladders to climb over border walls- with precise techniques to distract law enforcement and keep them busy, distracted, and drawn thin – thereby leaving other areas of the border unsecured and open for more hardened criminals to break a break for easy entry into the country.

Berquam, while on assignment this week, showed again where migrants get their ladder supply from and talked about his investigations.

“This is what Joe Biden’s America looks like as we have hundreds of thousands of people coming into places like Yuma and Del Ri and Eagle Pass. You have the guys who don’t want to get caught finding ladders like this,” Bergquam said, bending down to pick up a metal ladder, ” to climb over areas where it has the double barrier wall, and with Trump’s 35 foot wall, with Obama’s 18 foot wall on the other side.”

“Even in these areas, with Mexico’s San Luis on the other side, they are climbing up over that and looking for when Border Control moves here, and then come through this gate, and then they are into town. It is like this all over the border. Everywhere you go, you will find stuff like this. The problem is that you will find more and more and more because we are taking our border patrol resources and sending them to process and basically be uber drivers and babysitters for illegal aliens claiming their fake asylum so that the bad dudes who do not want to get caught can come through these areas.

“That is Joe Biden’s America,” he said

“We are told from Border Patrol in Douglas now, and we’re also seeing this here too in Saint Louis. While we’re spending all of our time focused on places like Yuma and Del Rio and all the other places where you have these massive groups coming across claiming fake Asylum because they’ve been taught to by the leftist that is undermining our country from within,” Bergquam said, explaining the real problem with logistics in covering the border with proper law enforcement.

“You got places like this in San. Luis where every single night they bum rush the Border. But even here, the border patrol resources are stretched so thin.

From the Video- Bergquam reported:

“We’re in a spot right here where you can see them climbing over, and there’s no border patrol anywhere in sight. And they wait until night falls and Border patrols are distracted by the hundreds that are trafficking coming across.

Further up the wall down here, they turn themselves in, pulling border patrol resources over there.”

“So these guys have an easier time coming in. They come in, run into town, blend into town, their stash houses in town and other places, get into vehicles, and make their way into the United States. And all of this is made more accessible because of the open borders policies that we have coming out of Washington, DC,” Bergquam said.