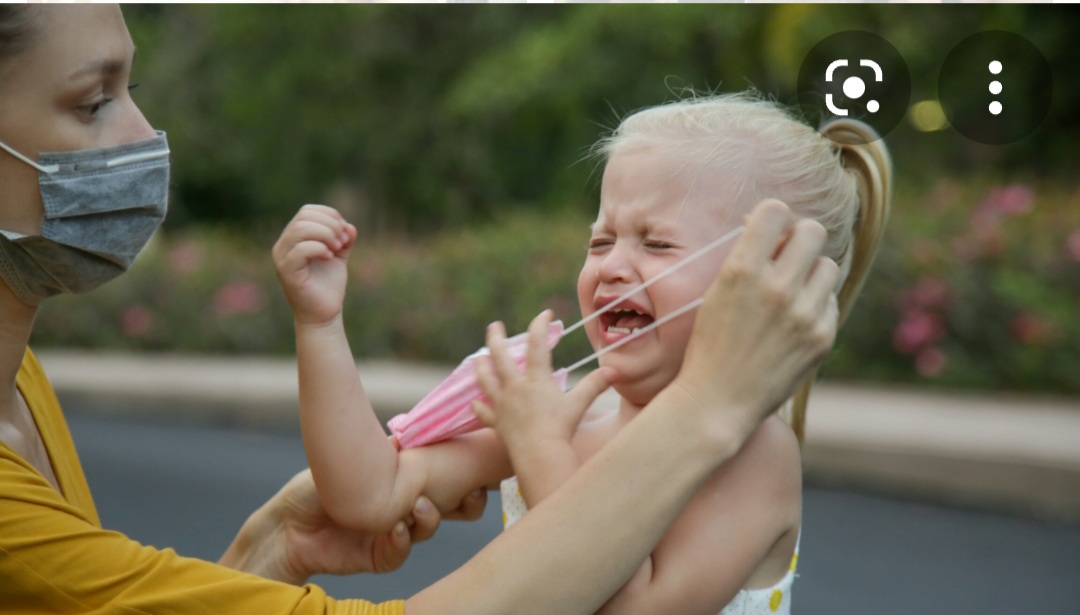 A principal in North Carolina refused to allow a Kindergarten student back to school after her mother applied for a medical exemption to mask her child over the medical concerns of two medical practitioners, claiming the child has a processing-sensory disorder that is complicated by masks.

To make it worse, the school principal demanded access to the student’s complete medical history, claiming he would figure out how to “desensitize the child to masking.”

The interchange is frightening for parents who are concerned about the out-of-control power that schools have over their children. One local citizen reporter and pundit covered the story:

“Parent falls victim to a Principal desensitization and  abuse  of a  Kindergartner with a mental health issue as he forces the parent to hand over medical records, forces mask on a disabled child,” Matthew “Jax” Myers said on his podcast Wednesday night.

What follows is a shocking display of wanton power over parents, who desperately want their children to remain in school and get an education.

ADMITTED AND EXPOSED, wake county principal will desensitize your child n force them to OBEY the progressive agenda.. SHARE THIS EVERYWHERE

“It is up to me, the principal to decide whether you child can attend this school.  We have been given that authority, and not wearing a mask is off the table,” Principal Dr. Curtis Bower of Powell Elementary in Wake Co, North Carolina told a parent as he was demanding access to her child’s medical records.

A Mom who fears for her child and her job wants to remain anonymous but brought this story forward and told me about what many North Carolinians can relate to; dealing with school officials is confusing and frustrating.  The Mom says she hopes some media coverage will help to force people to put a policy in writing.

“Dr. Bower told my child that he was a doctor and that my daughter had to wear the mask he gave her, or sit in his office all day, and that frustrates me and scares me,” the Mom said. “She did what he said because she wanted to be with her friends, but she suffered anxiety about it at home later.”

These are the stories I hear from many parents in Wake County.

From my interviews of school officials in North Carolina, many school officials feel that Democrat Governor Roy Cooper has wrongly assigned the task of enforcing a mask and other COVID policies that don’t make sense.

Numerous officials are not happy because there is a lack of official policies in the first place, leaving enforcement of COVID restrictions open to whims and personalities.

The above-referenced conversation occurred with one principal, who other parents in the same school say has long been on a power binge and a lone parent. But where do they turn to now that they need his permission for their child to go to school?

Remember, the recorded conversation, seen above and below, is concerning a parent’s attempt to get a medical exemption for her child, who is a 5-year-old student at Powell Elementary, and Bower clearly said that no matter the diagnosis by the child’s pediatrician, he was not going to accept the medical recommendation for an exemption, choosing his own “medical” point of view that the child would become desensitized to masks, instead.

I contacted Bower by email and asked him about his point of view in this footage, and told him that parents would be confused and frightened by this exchange. He had the school communications liaison refer me to the existing “policy” on mask mandates and made no further comment to me.

There have been numerous meetings between medical doctors who have examined the child, school officials, the Mother, and Bower. However, this is one phone conversation.

Video of the footage first appeared on a podcast with Matthew “Jax” Myers, who last week exposed the connection to an outside group called The ABC collaborative, who had determined policy for school boards that they should tolerate zero mask exemptions.

Exposing a NC elementary principal contradicting a doctors decision, ignoring the parent and abusing a young childs mental disorder, EVERY NC PARENT NEEDS TO SEE THS. tune in live at 9pm to https://t.co/KKY9PVbNVy n join in the discussion and voice your opinion tonight #NCLTG pic.twitter.com/YTYKuV6Mu5

Myers’ follow-up show proves that at least Bower, in Wake County, is following the directives of ABC Collaborative.

Part 1 of this series: