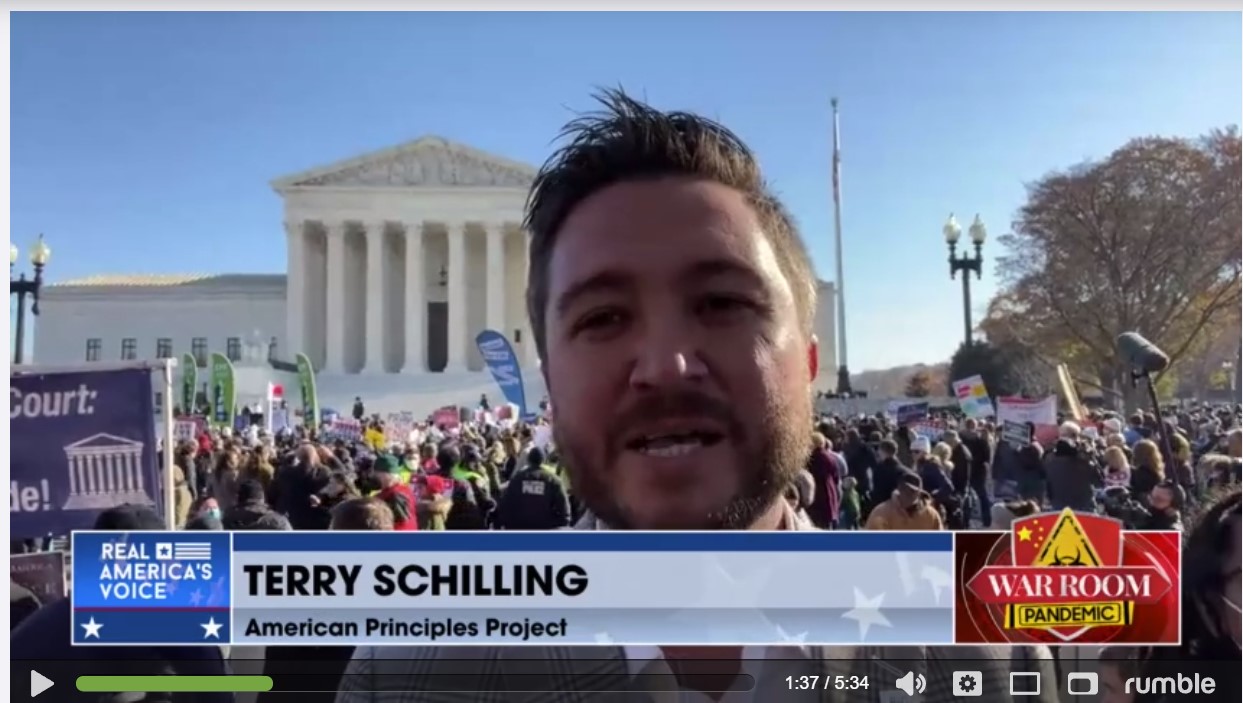 The day has come the left has feared for over 50 years when Americans, who are pro-life- have a very decent chance at setting back the massive abortion industry that, at this point, has shaped our way of life because of the influence the pro-Abortion industry agenda has upon all public policy.

Steve Bannon, the host of the popular War Room Pandemic podcast, covered that very story on Wednesday- with a great interview of Terry Shilling, who was on the scene live at a historic hearing.

Shilling reported on what is unfolding at the US Supreme Court building in Washington DC, where the Justices are hearing opening statements in the Mississippi abortion rights case.

The intense public interest on Wednesday’s court hearing is because a judgment is expected by some pro-life groups- that could overturn the courts’ disastrous ruling in Roe V. Wade.

Shilling made some great points in his report to Bannon, which carries political messaging as well that could affect future elections- because much of the left is organized on defending Planned Parenthood- the country’s leading abortion provider.

Here is an example of ‘Shout your Abortion’ activism:

What it comes down to is the left has been a force of nature, to dehumanize an unborn baby to the point where Democrat women will “shout their abortion” in a rite of political passage, celebrating that they murdered their own unborn child.

That is why this messaging- that we have to humanize the unborn is brilliant.