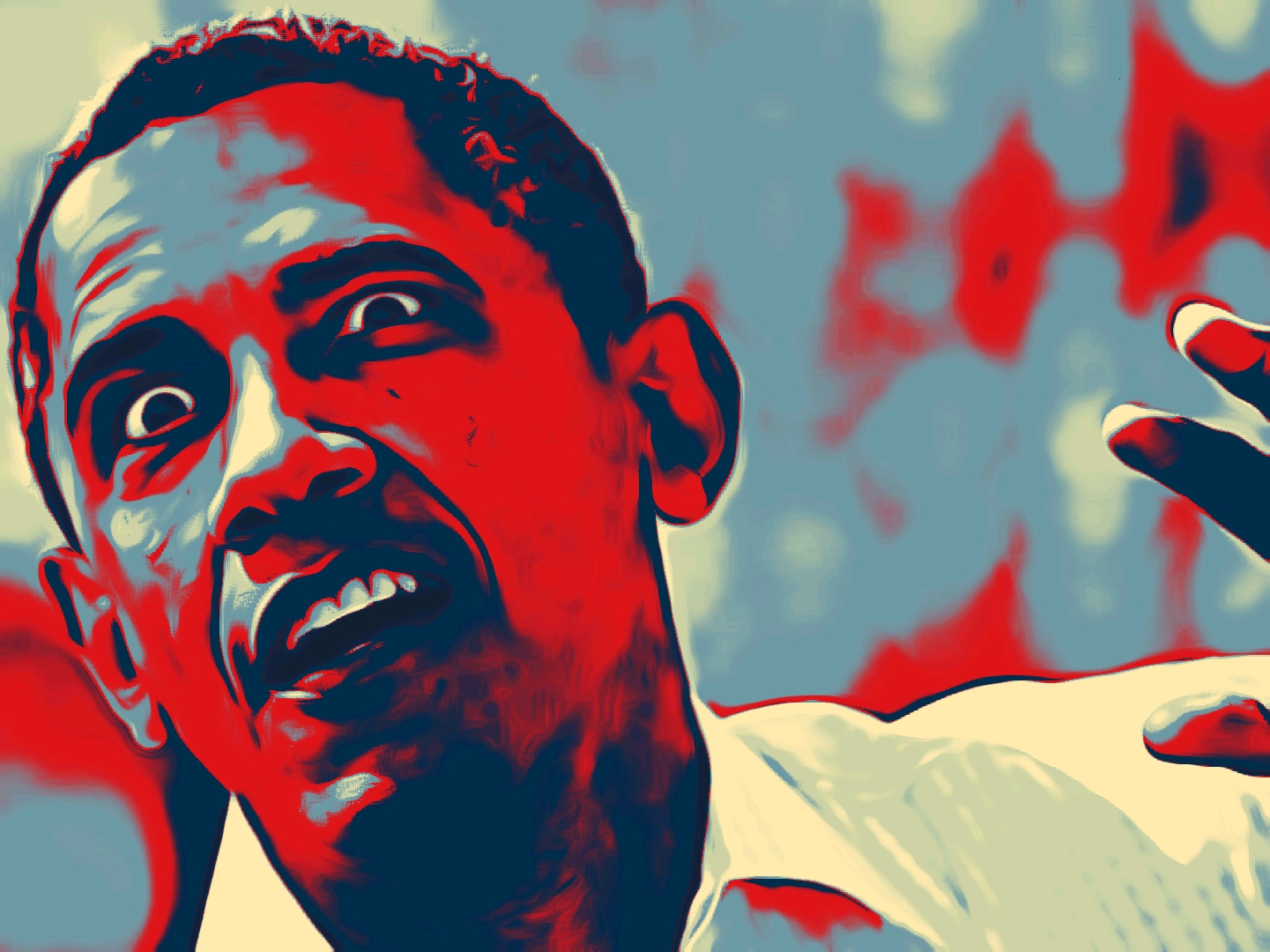 Radical Marxists are admitting that their exploitation of Non-Government Organizations (NGOs) for political purposes has “Jumped The Shark” and made Democrats beclown themselves. Long after they applied heavy political pressure with nonprofits and lost, they have become a nauseous joke to even themselves.

“Democrats are gearing up for the Trump era,” one highly unlikely Trump supporter wrote in an op-ed recently, after disclosing the Democrat Party is disgusted with the amount of time, treasure and effort they have wasted on pimping out Obama’s utopian dreams, only to become a joke to Americans.

But Obama persists his tired old Marxist tactics and talking to points, and is out excitedly campaigning for losing candidates as if he is making a black-eyed peas video for MTV.

But this time, no he can’t. He really can’t and we are all sick of him.

Obama can not draw a crowd, earn trust, or raise any excitement after his long trail of abuses while in power.

Consider how ridiculous Obama appears here, after 8 years of ultimate power and then leaving the country in utter despair and brokeness:

Former President @BarackObama: "We don't have time to be wasted on these phony trumped-up culture wars, this fake outrage, the right-wing media's pedals to juice their ratings." pic.twitter.com/bmMnet8q5X

When even the radical far-left Daily Beast media site wants to play “smash mouth” with Obama the Community Organizer, over how much destruction he has caused to humanity- there is real hope in the world.

We are all over Obama’s Community Organizing, even the Democrats. Consider what the Daily Beast Senior Political write exposed:

“It is difficult to overstate just how enraged state Democratic activists and leaders are with Organizing for Action (OFA), the political and community-organizing army that grew out of Barack Obama’s presidential campaigns.

The nonprofit, which functions as a sort of parallel-Democratic National Committee, was founded to mobilize Democratic voters and supporters in defense of President Obama’s, and the Democratic Party’s, agenda. Instead, the organization has drawn the intense ire, both public and private, of grassroots organizers and state parties that are convinced that OFA inadvertently helped decimate Democrats at the state and local level, while Republicans cemented historic levels of power and Donald J. Trump actually became leader of the free world,” Asawin Suebsaeng wrote recently about the former President and his ridiculous re-entry into national politics.

Well at least DB reporter, Suebsaeng signals that the Democrats are tired of losing. That is what they are really sick of.  They must be getting tired of being publically humiliated over the lengths they have to go to cheat, too.

‘GEARING UP FOR THE TRUMP ERA’

Pay close attention to what this leftist admits:

These intra-party tensions aren’t going away, especially now that OFA “relaunched” itself last week to protect the Affordable Care Act, boost turnout at congressional townhalls, and train grassroots organizers gearing up for the Trump era.

“This is some GRADE A Bullshit right here,” Stephen Handwerk, executive director of the Louisiana Democratic Party, wrote in a private Democratic-listserv email obtained by The Daily Beast. Handwerk was reacting to news of OFA’s post-election retooling, which was shared “without comment” to the group of state-level Dems by Crystal Kay Perkins, executive director for Texas Democrats.

Yes, go back and read that.

The Democrats know they are over. They don’t seem at all confident they can cheat their way out of the mess Obama has created for them.