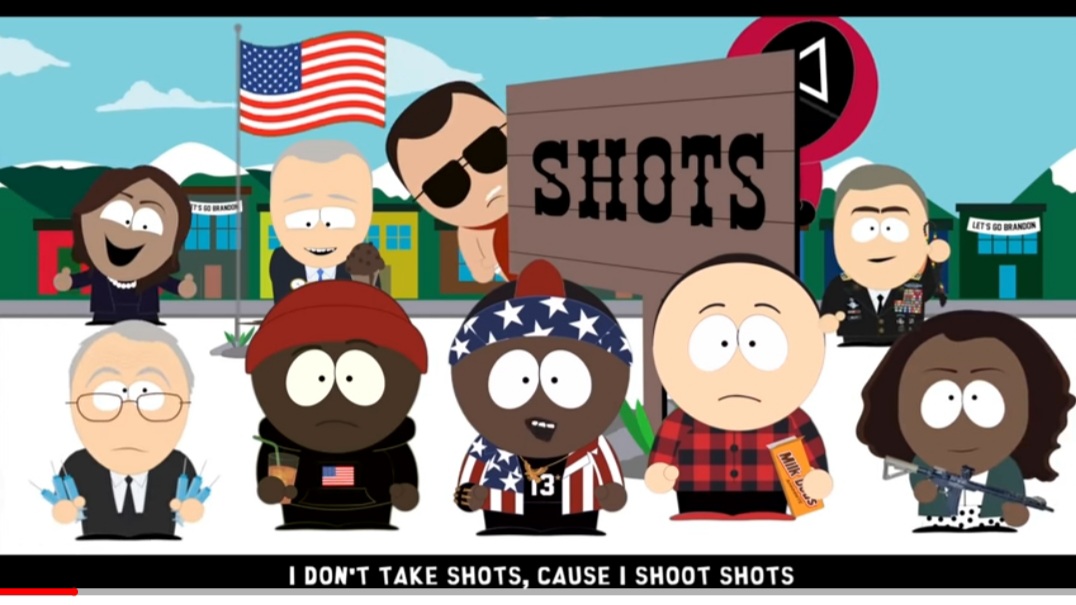 Veterans facing threats and the loss of retirement, are being forced to take Federally mandated shots that don’t make a lot of sense to people. And not everyone is happy and comfortable with that.

“All they got is hate for my free-dum,” The Marine Rapper said. “I don’t recognize you anymore. A lot of things done changed since I walked out of the door. All the while CRT being forced by Mark Miley.” Toper added. “I don’t want a needle coming for my arm,” D. Cure adds.

“We ain’t really rockin with our leaders. You call us stupid bastards when you are flying out to meet us,” they say in unison.

Is this a political interview? No. Not really; it’s a hip-hop song by three veterans who have a running commentary on the state of affairs in the country, focused on the massive betrayal by those in political office. Still burning over the needless deaths of 13 servicemen and servicewomen in Afghanistan.

Democrat Joe Biden is the butt of much of their commentary because of his horrible treatment of the Military.

This is the second fantastic smash hit in weeks, followed by chart-busting “Let’s Go Brandon.”

The song is a blistering commentary on the radical left Joe Biden administration by three combat Veterans.

They also rap about Anthony Fauci, and the actions by military leaders who are forcing COVID mandates on American citizens, most especially on enlisted men and women and on Veterans who have honorably served the country.

The opening contains a message from the artists that they are prepared to be banned everywhere for the content.

Unbossed as they are- they went ahead and released it anyway:

“I did the art myself, and it is based on South Park.  If you ever watch South Park you will understand this, video,” The marine rapper told me.

The theme is the “Fauci Ouchie,” the mandated COVID vaccination, that has caused conflict in the Military with enlisted men and women forced to comply with mandates, with which many of them disagree.

Veterans, too, are being forced to comply with federal mandates over controversial medical treatment.

“This is for all the Veterans out there who feel like they don’t get to have their voices heard.  Hip Hop has always been about the injustices of the world, so in that way, it is political, but we are also not just a political act.

“Thank you @fox13nowfor covering our music video I LEFT MY HOME dedicated to military veterans and the #fallen13 !” Buy I Left My Home (feat. Topher &amp; the Marine Rapper) – Single by Mjhanks https://music.apple.com/us/album/i-left-my-home-feat-topher-the-marine-rapper-single/1587220387

Thank you @fox13now for covering our music video I LEFT MY HOME dedicated to military veterans and the #fallen13 !