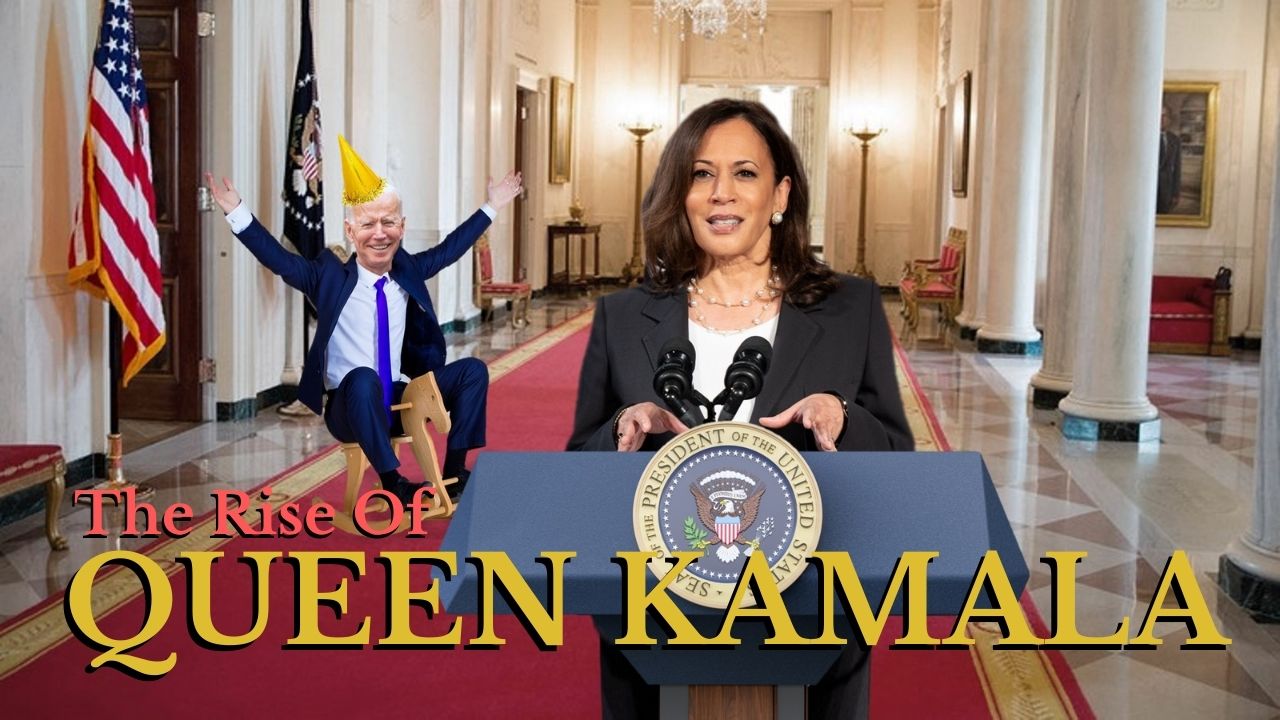 For over 50 years, Democrats have worked tirelessly day and night to replace the American Republic with a Communist Utopia’ Democracy’ using many subversive tactics. On Friday, Nov. 19, 2021, anti-American Marxists have reached utopia.

“All vice presidents are important, but Biden’s choice of Harris as his running mate was especially significant. She’s the first woman and first person of color to hold the position. She’s also serving under the oldest President in history, who in the past has referred to himself as a “transition candidate,” making questions about who might succeed him particularly pointed,” Yahoo News reported, preparing people for the anticipated news that Harris is the President.

Yahoo continued in their report about Harris’s low approval rating:

After spending last week on a diplomatic trip to France, Vice President Kamala Harris returned home to a series of news reports that painted a worrying picture of her role in President Biden’s administration and raised questions about her potential to lead the Democratic Party in the future. On Sunday, CNN published a story in which dozens of unnamed officials described an air of “exasperation and dysfunction” about the vice president’s job performance, along with accusations that she is being “sidelined” by the president. That same day, a report from Politico suggested she isn’t “scaring off” any prospective challengers for the Democratic nomination should Biden choose not to run for reelection. All this comes a week after the release of a poll showing Harris’s approval rating at just 28 percent. That poll was an outlier — others show her approval hovering around 40 percent — but she still consistently rates lower than Biden, who has seen his own popularity dip recently.

With the passage of the oppressive government spending bill that cements the Democrats centralized power over citizens, a bunch of proved Marxists is now in charge of the Presidency, the House, and the Senate- and to add to it- radical cop having Kamala Harris is the President of the United States, for at least the day. A slight departure from Joe Biden who is having surgery today.

Here is the story:

The American Democrat voters have gotten their political idols lined up for a complete takeover of the United States, and all points of data point to Democrats in DC, aided by RINOs and Never Trumpers- the plan is to push full-blown Communist policies.

Consider what is happening currently in Washington DC-  with the Harris/Biden regime’s choice of leader for the Department of Treasury, who is openly being considered a Communist :

The nation’s first female, first Black and first South Asian vice president will break yet another barrier when she temporarily steps into the acting role. Harris will work from her office in the West Wing while Biden is under anesthesia, Psaki said in a statement. Biden, who turns 79 on Saturday, arrived Friday morning at Walter Reed Medical Center to undergo his first routine annual physical since taking office. It’s routine for a vice president to assume presidential powers while the president undergoes a medical procedure that requires anesthesia. Then-Vice President Dick Cheney did so on multiple occasions when then-President George W. Bush underwent routine colonoscopies. Section 3 of the 25th Amendment to the US Constitution says the President can send a letter to the speaker of the House of Representatives and the president pro tempore of the Senate declaring declaring they are “unable to discharge the powers and duties of his office, and until he transmits to them a written declaration to the contrary, such powers and duties shall be discharged by the Vice President as Acting President.”

Events are still unfolding.  Harris has been given the Presidency for the day, and no votes are scheduled today for the Communist takeover of Treasury, but Americans should be prepared for impact.

If Americans are looking for who to blame for what is happening in DC, they should ask themselves if they have voted against Democrats at every opportunity- and why their Democrat neighbors and friends keep demanding more and more government power.