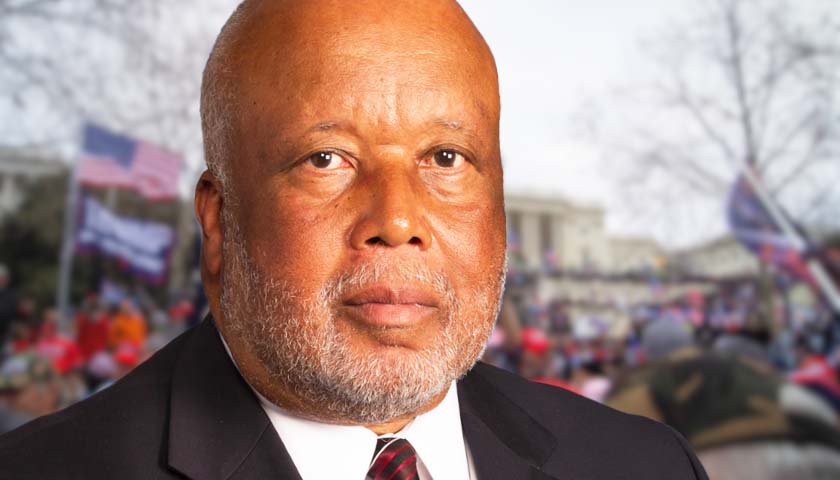 Leftists like Bennie Thompson never get doxxed or have to face the consequences of their Marxist leanings. That is a fact.  They never have to make amends for their usurpations of the United States of America; they just keep getting more and more power.

This story is the perfect example of how out of control the Democrats are now, and everyone needs to face the facts about it.  Consider this: Thompson is the Chairman of the power Dept of Homeland security, which allows open borders during a flood of massive invasions. He is also the Chairman of the US House Commission on Jan. 6th.

Yet, he has never had to address that he has a demonstrated plan of overthrowing the United States of America.

Jan. 6 commission chairman once sympathized with black secessionist group that killed cops Fifty years ago as a Mississippi alderman, Bennie Thompson defended the Republic of New Africa and participated in a news conference blaming cops for the group’s violence even as FBI saw group as waging “guerrilla warfare.” Rep. Bennie Thompson, the Mississippi Democrat who chairs the congressional commission investigating the Jan. 6 Capitol riot, has been a vocal critic of an event he deems an insurrection and offered his sympathy to the police officers injured that day. He’s even gone as far as to sue former President Donald Trump for responsibility for the melee.

He also hates Republicans and secures borders but will allow Republicans when he knows they can act in  “bi-partisan” methods.

Thompson has a history of targeting Republicans who are for law and order and a well-defended America. Yet, he is given the power to oversee influential political bodies who put targets on the backs of Republicans.

The Committee to oversee the Department of Homeland Security has managed the disastrous open southern border, where law enforcement has been overrun with a massive invasion- aided by the Democrat party funneling money and support to the invaders.

KNOWING ALL OF THAT- NOW CONSIDER THE CON:

According to Just the News:

As a young African-American alderman in a small Mississippi community in 1971, Thompson placed himself on the opposite side, openly sympathizing with a secessionist group known as the Republic of New Africa and participating in a news conference blaming law enforcement for instigating clashes with the group that led to the killings of a police officer and the wounding of an FBI agent. Thompson’s official biography makes no reference to the separatist RNA.

Thompson’s affection for the RNA and its members — which FBI counterintelligence memos from the 1970s warned were threatening “guerrilla warfare” against the United States — was still intact as recently as 2013, when he openly campaigned on behalf of the group’s former vice president to be mayor of Mississippi’s largest city.

The congressman’s advocacy on behalf of RNA — captured in documents, newspaper clippings and video footage retrieved from state, FBI and local law enforcement agency archives — is a pointed reminder that some of the far-left figures of a half-century ago are now the Democratic Party’s establishment leaders, their pasts now a fleeting footnote in the frenzied vitriol of modern-day Washington.

Read more at Just the News.

For further reading on Thompson and the alternative :