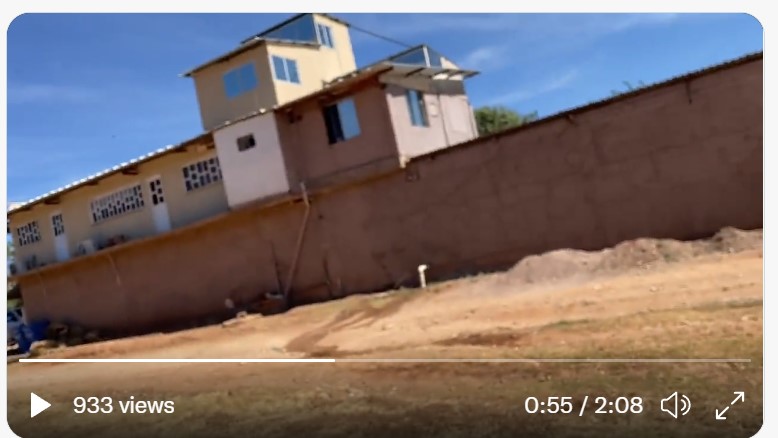 Once again, it is not the lapdog media- or any politician- who are informing the American people about the essential details of how our public servants, like Democrat Joe Biden, are endangering the sovereignty of America and placing our families in danger- it is independent media who are putting themselves in harm’s way and serving the people -and getting that job done.

In the following video are Real America’s correspondents: Ben Bergquam, also the founder of Frontline America, and his associate Anthony Aguero, also of Border Network News, who are together bringing the most crucial information Americans need to know about and showing with live reports- that the Mexican Drug Cartels are controlling the very border meant to protect us.

And here is proof.

CALL TO ACTION: Please share this and follow these two reporters, and if you are so led- please support their work.

“Border Patrol told us they would not come in here, the Cartel is vicious and we got as close as we want to get. They said it was too dangerous,” Bergquam told viewers, showing a makeshift outlook structure just outside of two different border security walls.

In the video is seen a shorter wall that is – in places- covered with razor wire, with spaces left wide open- call the “Obama Wall”, and then a much taller and more difficult wall to climb called the “The Trump Wall”.

Bergquam and Aguero spent time with local law enforcement in Naco while on assignment in Arizona and showed a Cartel lookout that was four stories high- just off the border in Mexico, which was described by law enforcement as an area they ‘would not go to’.

“They are sitting there just flipping off America,” Bergquam said. “There are obviously slits in the windows for long guns,” Aguero said, in agreement.

Watch Ben Bergquam describe and video the lookout tower that is being used to effectively run illegal operations in the United States of America, while we sit helpless- and the lapdog media talks about how excited they are over gay pride flags at Embassy buildings:

Cartel observation tower built on the Mexico side of the border across from Naco Arizona. And the Democrats are just filling their pockets!
With @AgueroForTexas #BidenBorderInvasionhttps://t.co/wF5Gf7JKX5https://t.co/0fzoGK1HZ8 @RealAmVoice pic.twitter.com/1Ns43zZiZg