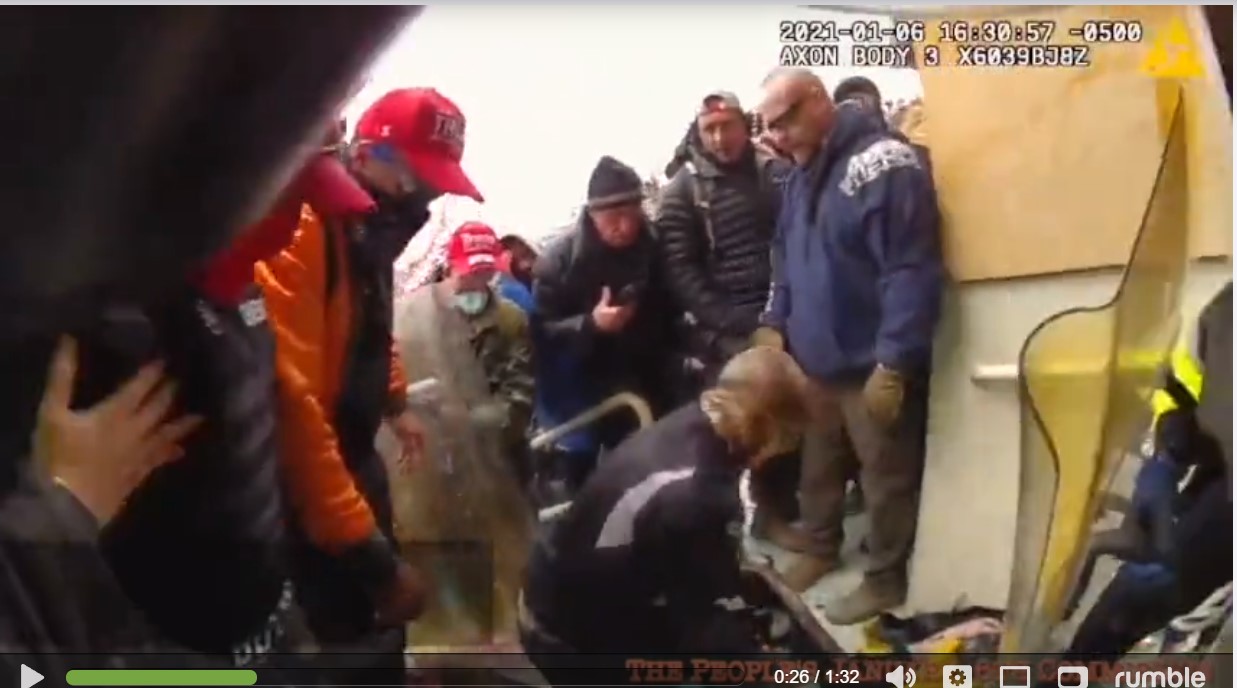 While the US Government is being led by a radical Anti-American Speaker of the House- Nancy Pelosi, Americans are finding out that the Media, the Democrat party, and Never Trumpers are collaborating to push out a narrative about what happened on Jan 6th that doesn’t match eyewitness reports from that day.

Instead of Supporters of Trump being violent like the administration of Democrat Joe Biden claims, we are learning otherwise. New footage has emerged that shows a brutal and hostile attack unfolding near the tunnel of the Capitol building where people in police gear aggressively beat supporters of President Donald J. Trump. One woman died, allegedly from her injuries.

Julie Kelly, a reporter who has been following the developments of the Government’s case against the American people, watched in horror and posted the new footage:

“I am sorry Rosanne Boyland’s family has to see it. She was dead, likely after enduring a brutal attack by DC cop. Then dragged thru the tunnel by @SergeantAqGo,” she wrote.

The footage is very upsetting. Kelly also posted a second video that had been posted earlier in the year.

The new footage confirms the exact opposite of what the Jan 6th Commission is telling Americans, as told by an eyewitness from that day, Phillip Anderson.

Anderson was holding the hand of Boyland as she was dying and told his story to independent journalists.

“So the Government can kill you. Lie about the cause of your death, cover it up. Say that you died because you’re a meth-head, which they did to Rosanne Boyland. Then they can exalt the person that killed this person as a hero,” Anderson told an independent reporter in August.

Clearly, we are not being told the truth.