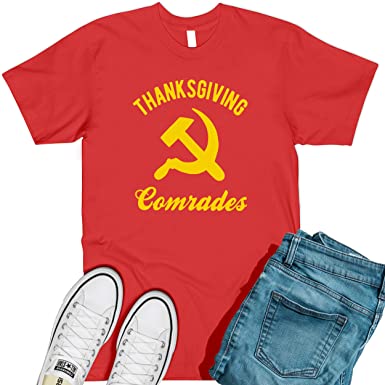 Democrats and their propaganda makers in the media always follow the path they are on without concern for humanity- and it is time for Americans to stop pretending otherwise and accept that the left’s path is Communism.

This is the perfect time to see the left’s targeted forces attempt to take down a truly American holiday- Thanksgiving.

Key Point: Do you know about the ‘Four Olds‘? The Four Olds were: Old Ideas, Old Culture, Old Habits, and Old Customs.

According to the New York Times, who wrote about them in 1971:

“One of the early objectives of the Cultural Revolution in China, which began in 1966 and goes on today, was to wipe out the “four olds”—old things, old ideas, old customs and old habits.

The “four olds” had already suffered setbacks in the years of Communist rule preceding the Cultural Revolution, but the Maoist leadership tried to use the new revolutionary upsurge launched in 1966 to eliminate them completely.”

Look at how the left handles our national holidays and customs – and compare what the Communists did during their Communist revolution.

Here are is a card reader at the Democrat Communist media of MSNBC trash-talking Thanksgiving:

Watch as people who refuse to leave America and hate America try to convince you that you are a racist for being an American.  And if you do not sniff a Communist plot to separate you from your customs, you need to wake up and smell the Thanksgiving meal.

It may be your last.

We have experienced years and years of constant attacks on our values, culture, traditions, and institutions- by the left. How is the above video different than what the New York Times wrote about in 1971?

From the NYT article:

Young Red Guards invaded homes and shattered family altars that denoted continued Confucian reverence for generations of forbears. The few temples, mosques and churches still used for religious purposes were closed and put to secular use. Even those that had been left open for sightseeing purposes, such as the great Buddhist, Lama and Taoist temples of Peking, were barred and their statues, altars and other furnishings were removed.

IF IT WORKED IN CHINA IS IT GOING TO WORK HERE?

Only if America stays ‘Woke.’

Further reading on the Democrats plans to destroy Thanksgiving: