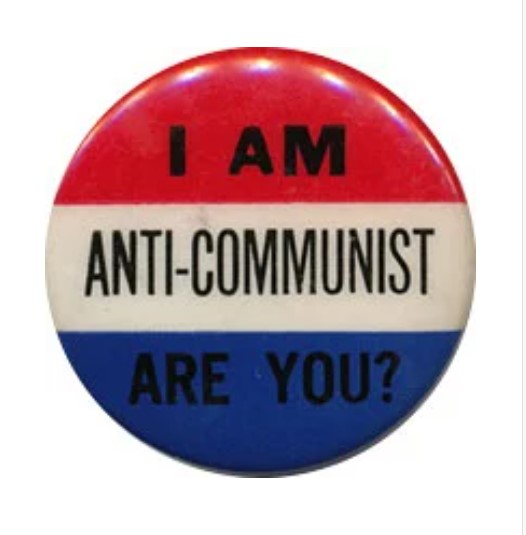 “Beep boop beep: Your vaccination record has been verified,” The South China Morning Post reported last week on social media, along with a video showing a small chip that could be used shortly to detect information about humans, to grant and deny them access to services, and that could be used to program people to obey the government- or else.

And the reality is that on the posts, Marxists employed their favored tactics of mocking people’s concerns about the chip,  but it doesn’t change the fact that the chip is exactly what could put all of humanity into slavery.

And none of it would have happened without the ‘China Virus” Pandemic, so anyone who does basic analysis can see the connection between a 20-month long fear campaign about death from the China virus, to people being denied access to medicine and groceries to people willingly giving up their freedom. And astute analysts will acknowledge the simultaneous rise of China’s political authority and power.

And warrior analysts will remember that 2021 is the Communist Party’s 100th year anniversary, a long-planned milestone to seize the American Republic.

Bookmark this: Remember that Taiwan faces China’s wrath over their own freedom.  China has their sites on the country, and it’s all about microchips.

FIRST A LITTLE BACKGROUND, READ THIS FROM 1950, DOES THIS SOUND LIKE IT WAS WRITTEN TODAY:

Today we are engaged in a final, all-out battle between communistic atheism and Christianity. The modern champions of communism have selected this as the time. And, ladies and gentlemen, the chips are down—they are truly down.”

On February 9, 1950, the junior senator from Wisconsin thundered this warning in a Lincoln’s birthday address to the Women’s Republican Club of Wheeling, West Virginia.

Joseph R. McCarthy had come to the Senate three years earlier after unseating 22-year incumbent Robert La Follette, Jr., who had devoted more energies to passage of his landmark 1946 Legislative Reorganization Act than to that year’s Republican senatorial primary.

The Saturday Evening Post heralded McCarthy’s arrival with an article entitled, “The Senate’s Remarkable Upstart.” For the next three years, McCarthy searched for an issue that would substantiate his remarkableness. As one of his many biographers has observed, McCarthy’s initial years in the Senate were characterized by his impatient disregard of the body’s rules, customs, and procedures. Another scholar noted the ease with which he rearranged the truth to serve his purposes. “Once he got going, logic and decorum gave way to threats, personal attacks, and multiple distortions.”

In the Wheeling speech, among the most significant in American political history, McCarthy’s recklessness finally merged with his search for a propelling issue. He explained that homegrown traitors were causing America to lose the cold war.

Concerned people are a problem for Government.

All of this happens at the exact time that the Chinese Communist Party is rising in world power as leaders of a New Globalist Word Order.  Who is brave enough to see the reality?

Fox News reported on the Sweedish company who designed the creepy chip, seen in the video above:

“A microchip technology introduced in recent years by the Stockholm-based startup, Epicenter, is being presented as a means to store one’s COVID-19 vaccine passport under the skin, according to a video from the South China Post that went viral Friday.

The firm has showcased an implant capable of storing a COVID passport that can then be read by any device using the near-field communication (NFC) protocol, according to the video.

founder of the Swedish Association of Biohackers, advisor, and speaker on Human Augmentation, and ambassador for Sweden at the Singularity Universe.

Sjöblad demonstrated how Epicenter’s rice-sized microchip, has been adapted as a COVID-19 passport, which is implanted under the skin either in the arm on between the thumb and forefinger

Three Square Market, a Wisconsin-based technology company, became the first company in the U.S. to offer its employees similar free microchip implants in August 2017. The chip gives employees access to locked rooms and the ability to pay for food and drinks in the break room.”

EVERYONE ALARMED ABOUT THIS IS JUST A CRAZY CONSPIRACY THEORIST- RIGHT?

Of course, the left said it was a “conspiracy theory” to mock rational people who are able to accurately project what happens when power mongers seek domination over others.

The New York Post reported in April about a US Pentagon plan to monitor people from under their skin with a small bit of technology:

Medical researchers at the Pentagon have created a microsensor implant that may eventually detect COVID-19 when inserted under the skin. Relax, conspiracy theorists — they’re not being disseminated via vaccines. The revolutionary subdermal technology was developed by the Defense Advanced Research Projects Agency, which operates under the Pentagon umbrella, according to Sunday night’s broadcast of “60 Minutes.” The top-secret unit was launched during the Cold War to study emerging technologies for military use — among them, innovations to defend soldiers from biological weapons. Dr. Matt Hepburn, an infectious disease physician and retired Army colonel, revealed that the microsensor, which is not in widespread use outside the Defense Department, could help detect infections — and COVID-19 — in an individual well before a patient zero spawns an outbreak.

Scary right? The gaslight is telling you are crazy for being concerned.

WHAT IS A CONSPIRACY THEORY?

It is a term for gaslighting someone who wants to analyze the actions of the powerful and something that makes Wealthy China and Marxists look bad.

HERE IS THE TRUTH

There is a debate in the United States about the status of our friendship with the Chinese Communist Party.  Some Democrats will claim that we should be happy to be friends with China because they are the world leaders and we shouldn’t be mean to our competitors. That sort of passive submission to people who are focused on destroying us personally and taking over our Government has brought us face to face with the loss of all of our hard-earned civil liberties; the very things that made Americans once the envy of the world.

There is also a global movement to acknowledge how the Communist party really works.

“In history books, we never speak of the 100 million dead of communism and it does not shock anyone that there is a communist party when it refers to the horrors committed in the name of a totalitarian ideology” denounces rightly Marie-Estelle Dupont.”

Perhaps the ‘Conspiracy theorists” are just the people who know how to tind Google translate?

Letting a regime that is responsible for 100 million deaths have access to the world population through the COVID Virus is the first mistake.

In 20 months of organized attacks from the highest levels of world, the government we have gotten to the point where governments have the technology to demand we all use chip technology in our bodies.

This is not a plot for a science fiction movie- it is something we may be required to do.

With the Democrats in charge of Washington DC and all of our public institutions, who would stop the Chinese or the Pentagon from using such technology on Americans?

Remember how he described the Chinese during his campaign.

Are you registered to vote? Are you ready to vote for America First candidates in the Primary? 2022 is coming fast.  Please understand who you are voting for, America.