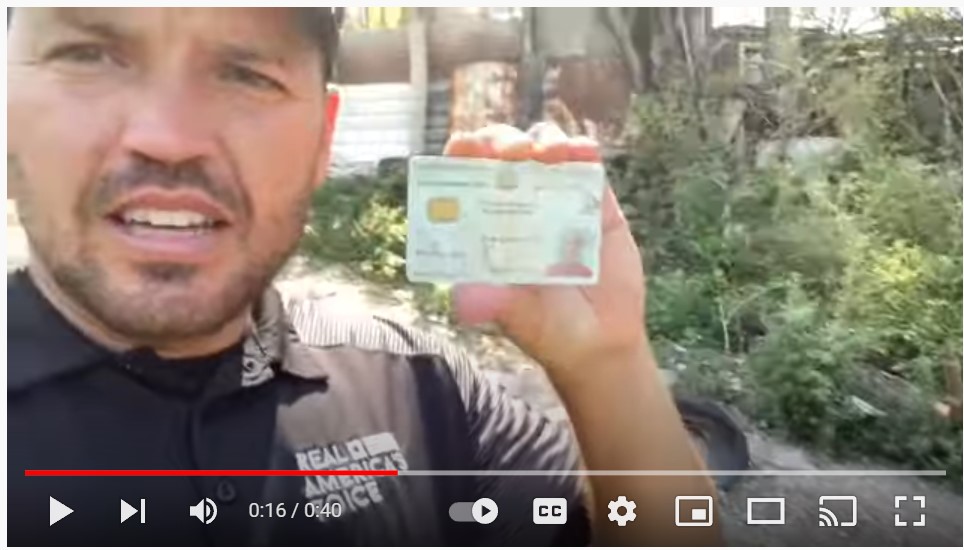 At the invitation of Democrats, the United States is harboring terrorists. There is growing evidence on the Southern Border that the United States of America is headed toward perilous times due to the reckless policies of the Joe Biden administration.

“Democrats are setting us up for another 9/11! IDs from 151 countries being dumped as illegals cross into America. We just found United Arab Emirates, Egypt & receive confirmation from national guard that at least one Iranian crossed while we were reporting,” Ben Bergquam said in a video showing evidence of what can only be described as a planned invasion of the United States.

Berquam and his associate discovered ID cards from countries with known terrorists, including countries that have, in the past, harbored terrorists who have killed Americans and attacked American interests, including the massive attack in New York City on Sept. 11, 2001.

In this video, you will see that Bergquam calls out some of the most notorious countries for terrorists and sounds the alarm that America is in grave danger from allowing illegal aliens into the country.

We know from prior reporting by Bergquam that law enforcement has been restricted from defending the United States and that once they are set free into the hands of a Democrat Non-Governmental Organization, that these illegal aliens are given legal status to be in the United States, some are transported deep into the United States, and set out into an unsuspecting America.

For further reading about Bergquam’s reporting please check out the following articles.

About the lack of concern from the Biden administration: